"At first I could not understand the offensiveness of certain customers—which did not make them any worse or any better than the others; I just could not make it out. I missed the point of their double-edged, triple-edged, or multi-edged remarks and turns of phrase, but it took me only a few days to realize what they were talking about and why. They spoke about things that were naturally not mentioned openly by people in the city, and it soon became clear to me why this open way of talking seemed sensible and more appealing than the silent hypocrisy of others. In no time at all I naturally became familiar with the so-called indecent remarks and turns of phrase that were current in the Scherzhauserfeld Project in hundreds and thousands of variations. These people never minced their words. I very soon got used to this openness, and after a few weeks and months I was often able to outdo them all in inventiveness on this score and did not hold back. " (163-64) from Gathering Evidence by Thomas Bernhard.

From http://www.thomasbernhard.org/cousineautbintro.shtml
"Bernhard's life was marked by recurrent misfortunes, including the humiliation of an illegitimate birth and a childhood spent in part with a mother who never disguised her contempt for him, the physical illnesses that brought him several times close to death, the loss of his beloved grandfather as the result of a misdiagnosed illness, and his discovery of stupidity, brutality, and mendacity as the ruling passions of his fellow Austrians. Once he had discovered in the Scherzhauserfeld Project the aggressive verbal style that would permit him to transform his suffering into art, he held onto it with a tenacity that would give to each of his major novels an unmistakable air of authenticity.
Bernhard's major work combines an unflinching recognition of the radical ugliness at the core of life with an equally determined affirmation, however implicit, of its inexhaustible beauty. This paradoxical vision too was one of the gifts that his grandfather had bequeathed to him: "I now had an opportunity to examine my grandfather's assertions. I had an obsessive desire to gather the evidence in my head, and so I began a strenuous search for the evidence, tracking it down in every direction, in every corner of the city of my youth and its surroundings. My grandfather had been right in his judgment of the world: it was indeed a cesspit, but one which engendered the most intricate and beautiful forms if one looked into it long enough, if one's eye was prepared for such strenuous and microscopic observation" (305). Thomas Cousineau-originally published in the Review of Contemporary FictionVolume 21, No. 2 available through their web site.© 2001 Thomas Cousineau and the Review of Contemporary Fiction used with their kind permission
visionaryoutsiders says At times exhausting, but never boring, Bernhard. like Beckett, is writing his way out.  Out of life, out of time, his characters are often quite mad, in the meaning of angry, and the meaning of insane.  A good place to start with Bernhard is The Voice Imitator, a collection of short works.
Posted by dense milt at 9:08 AM No comments:

Why I like Dixon who likes Bernhard who read Beckett who admired Joyce.....

Stepehn Dixon, according to GOOD READS (http://www.goodreads.com/author/show/10386.Stephen_Dixon) " is known for his colloquial and stilted, yet intense and exhaustive writing style. Dixon has been has been nominated for the National Book Award twice, in 1991 for Frog and in 1995 for Interstate."

I picked up two of his books this summer at Powell's Books in Portland Oregon, Mecca for book lovers everywhere, Interstate and Phone Rings.  His novels start from a premise or situation and never stop, for a breath, for a comma, for description.  Like Thomas Bernhard, he loves the long sentence, but where Bernhard is influenced by Beckett, Dixon is American through and through.  What the hell does that mean?  He is raw, visceral, dialogue driven.  Bad things happen to good people, and we can't stop ourselves from reading as he swims through the novel like a shark looking for blood.
He wrote a hilarious essay called PLUG for an online site called Rain Taxi on Thomas Bernhard. http://www.raintaxi.com/online/1997winter/dixon.shtml

Jerome Klinkowitz states,"Stephen Dixon is a master of self-generating fiction. While eschewing the flamboyantly anti-realistic experiments of authors such as Ronald Sukenick and Robert Coover, Dixon nevertheless refuses to propel his narratives on the energy of represented action. Instead, he contrives circumstances so that everything that happens within his novels grows from the initial elements of his fiction. Developing from itself, his narrative ultimately has no pertinent reference beyond itself; yet that growth is so organic that it offers all the delight expectable from a more realistically referential piece of storytelling.

Dixon's method can be traced to his way of writing sentences. Often his action will take place grammatically, as subjects have to battle their way past intransigent verbs in order to meet their objects, and as modifying phrases pop up to thwart syntactic progress. There are always modifications to everything, Dixon has learned, and his genius has been to apply this insight to the making of narratives." http://biography.jrank.org/pages/4271/Dixon-Stephen.html
Posted by dense milt at 8:36 AM 2 comments: 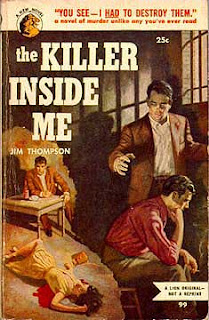 Posted by dense milt at 1:47 AM No comments: 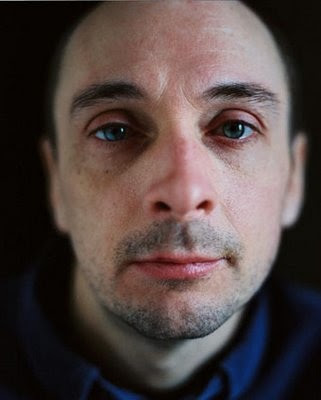 Injuries from a 1983 car accident left him paralyzed in 1993 he was the subject of Peter Sillen's documentary SPEED RACER:WELCOME TO THE WORLD OF VIC CHESNUTT While discussing his song "Flirted with you all my life" he said 'You know, I've attempted suicide three or four times.  It didn't take."
On Christmas Day 2009, it took.  It took a talent away from all of us.  It took the pain away forever for Vic. His brilliance can be heard from Danny Carlisle on "Little" to Sewing Machine on "Skitter on take off", perhaps his final record, although with the dead you can never say final.  As Jimi Hendrix will attest, there is no such thing as a final record.  Vic Chesnutt was funny and sad and he wrote beautiful songs about strange and fucked up things.  He was a visionary outsider for sure.
Posted by dense milt at 11:42 PM No comments:

from the edges of the road he saw the other side.  bright shiny fast moving what strange beast is this? animals in the night roar with precision promising violence.  flash of light what was that?  in a split second a life passed and his skull was crushed instantly.
Posted by dense milt at 11:15 PM No comments: